First off, I wanted to let all you Boils and Ghouls know that the 2011 Cryptkeeper list is live and will be available all month on the sidebar to the right. As any new sites join we'll be adding them to both the main Participant List blog post (in case you want to link directly to that) and the sidebar so they should always be on the front page and linkable.

I'd also like to take a second today and bend your ear a little to a couple of really cool spooky and Halloween-y projects that are currently up on Kickstarter. For those not familiar with the service, Kickstarter provides a platform for independent artists of all kinds to fund creative projects by offering a portal to raise money in the form of a fundraiser. The projects have stated goal dollar amounts, and if in the time allotted the goal is reached then the project is funded and all the pledges will be accepted. If the goal isn't met in time, then all the pledges are canceled and no one is charged. Well there are two projects that caught my eye recently that I thought would be worth sharing here.. 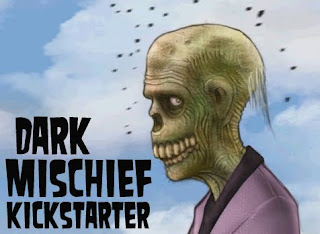 The first is a comics anthology called Dark Mischief that is using Halloween and horror as it's backdrop. The project is spearheaded by Jenni Gregory of Ka-Blam, and features a varied roster of talent from all over the country. What's unique about this project is that they aren't seeking funds to produce the anthology (e..g printing, etc.) They're using the Kickstarter platform to help secure advances for all the participating artists. From the project:

I've had the opportunity to meet a lot of the folks involved with this project and their comics work is really top notch. So if you're interested in comics and horror, you might want to check out Dark Mischief Vol. 1...

The second project I wanted to spotlight today is called the Crania Anatomica Filigre by Joshua Harker, and is already well past it's goal and looks to be a huge success... 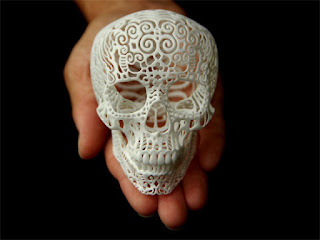 These skull sculptures are beautiful and draw a lot of influence from the Mexican Day of the Dead sugar skulls. From the Kickstarter campaign page...

"I’m introducing my new sculpture entitled Crania Anatomica Filigre & looking to Kickstarter to help get my work seen & collected by more people. The traditional way of communicating, exhibiting, & selling art is profoundly changing & I intend to embrace it. The idea is to offer my work for a limited amount of time directly without the extraneous exhibition costs & markups...a sort of pre-release. I will make as many as are pledged for in the next 45 days...be it one or a million billion. Assuming all goes spectacularly, I intend to offer all my work this way before it goes to a gallery or exhibition. This sculpture is simultaneously powerfully delicate, a great conversation piece, & completely bitchin cool."

There are a wife range of ways to support either project if you're interested, so check them out if you're thinking about picking up some Halloween-y art this month!
Posted by Shawn Robare on 10/02/2011

I've loved horror comics since I was a kid. Especially Eerie and Creepy! This looks like a worthwhile project to support!

There are so many participants this year! It's creeptastic!

The Artful Gypsy aka Wendy the Very Good Witch said...

Wow...that skull is really intricate and beautiful! And Fatally Yours is right....your Halloween Countdown this year had grown! Lots and lots of spooks out there! Happy October!

She is giving away one via Skull-A-Day. Giveaway contest goes until October 10th! http://skulladay.blogspot.com/2011/10/contest-dia-de-los-muertos-portrait.html

These things are so awesome. I WANT IT ALL. 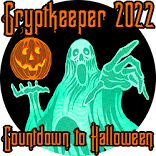 This is Boris, the official mascot of Countdown to Halloween 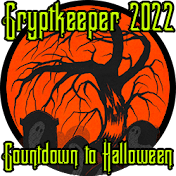 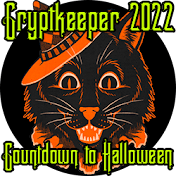 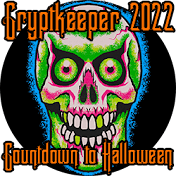 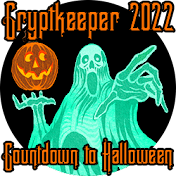